Today is the penultimate day in my epic labour of love otherwise known as my ‘Album of the Year 2014′ countdown. If you’ve joined this lengthy and in-depth series late, you can find links to the rest of my Top 20 at the bottom of this post – please feel free to check them out should you wish to do so.

But now to my silver metal choice, the album that has taken the Number 2 spot for 2014: 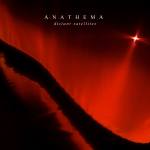 Winners in 2012 with the stellar ‘Weather Systems’, Anathema make a return to my end of year countdown in 2014 in the number two spot with ‘distant satellites’. Even though it was released relatively early in the year, I knew that it would feature extremely highly in my end of year round-up. Indeed, I knew then that it was a special record and that it would take something utterly breathtaking to keep it out of the top few positions. It is simply that good.

Over the last couple of albums, Anathema have managed to achieve what very few other bands are capable of: move me to a point where I’m reduced to a gibbering wreck. The music that this Liverpudlian sextet create is unlike any other artist out there and the results are spine-tingling, heart-wrenching and full of a depth that’s difficult to put into words. I was lucky enough to interview Vincent and Daniel Cavanagh in person this year and was able to get a bit more of an insight into what makes them tick as musicians. The experience was every bit as emotional as their music, thanks to some frank and brutal honesty on both sides. It’s one of the stand-out moments of my year. 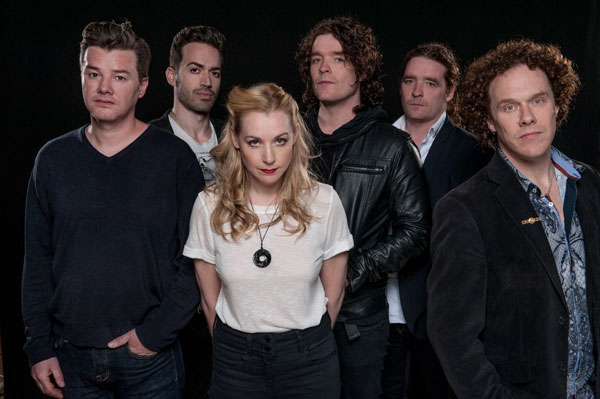 The net result is that I now find ‘distant satellites’ even more emotional than ever before. The lyrics make more sense, the themes and ideas come to the fore more and the intent behind the material has become clearer. Here is a band that are at the very top of their game, are utterly confident in their abilities but who also maintain a very human fragility that helps to imbue their music with an honest and brittle beauty that defies words.

And yet, there is no other album released in 2014 that has divided opinion quite so much. There are those who believe that ‘distant satellites’ is every bit as good as the previous two releases and, as such, is a majestic work of art. Then there are others who have been disappointed with the result, who suggest that the album sounds too samey and devoid of original ideas. I cannot for the life of me fathom the argument of the latter because ‘distant satellites’, despite being deliberately more stripped-back, is a rich, vibrant affair that plays host to a wonderful collection of compositions, with the final few songs even throwing fans something of a curveball.

I will be the first to admit that the final three tracks took me by surprise and, to be honest, took their time to work their magic on me. However, given the time and attention that they deserve, they are firm favourites. In fact, the title track is one of my favourite Anathema tracks full stop. Beginning with these compositions first then, the trio begins with ‘Firelight’, an ambient synth-led instrumental that is subtly beautiful in its own right but which acts as something of a buffer between the indie-rock stylings of ‘You’re Not Alone’ and the title track. On first listen, ‘distant satellites’ sounded a little shocking. Dominated by more rich synths, a piano and electronic drum beat, it initially comes across as an ambient dance track rather than a rock song. At the half-way point, ‘real’ drums enter the fray and the track begins to make more sense as a whole, creating those stark juxtapositions that work when realised so cleverly. Throughout, the central melody is fantastic as well, making a real impact alongside Vincent’s distinct vocals. And to close this fascinating trio and indeed the album, is the Sigur Ros-esque ambient post rock magnificence of ‘Take Shelter’, a composition that is filled with emotion but which creates something of an uplifting, euphoric finale.

But what of the opening and mid-section compositions? ‘distant satellites’ opens in similar fashion to its predecessor by offering an intrinsically-linked pair of songs. In this case, it’s ‘The Lost Song (Part 1)’ and ‘The Lost Song (Part 2)’ and they are magnificent. ‘Part 1’ is the more up-tempo, urgent and heavy of the two led by Vincent’s vocals, whereas ‘Part 2′ is dominated by Lee Douglas’ serene voice atop goose bump-inducing melodies and lyrics that combine to bring me to tears. And I don’t mean a solitary tear down the cheek, I mean floods of tears. During the interview, I was given an insight into what appeared at first glance to be an insignificant lyric. It turns out that with Anathema, nothing is insignificant. Now when I hear it and I understand the meaning behind it, it warms my heart, fills it with love and then breaks it all at once.

Elsewhere, ‘Ariel’ is another stunning song of epic depth and meaning, whilst ‘Anathema’ harks back to the band’s early, more Gothic metal days, thanks to a superb lead electric guitar solo which stops me in my tracks each and every time. It really is music that makes you stop whatever you’re doing and listen.

So why is ‘distant satellites’ not at the top of my list in 2014 I hear you cry? It’s here that I must be brutally honest. At its best, ‘distant satellites’ is better than ‘Weather Systems’ but whereas ‘Weather Systems’ was perfect from the first note to the last, there are a couple of tracks that I fail to warm too 100% on ‘distant satellites’. I’m not a big fan of ‘You’re Not Alone’ for example. Additionally, and arguably more significantly for me personally, there’s another issue. Such is the emotional depth of this record, I find that there are times when I cannot bring myself to listen to it. When the lyrics speak to me so clearly and force me to re-live past tragedies, it’s not always easy. Most of the time, I love the album and find it a very positive and cathartic experience. Indeed, I have taken this record to my heart and will forever love it. However, occasionally, very rarely, ‘distant satellites’ is too tough to listen to. But these are my failings, not those of Anathema. As such, ‘distant satellites’ is utterly sensational and damn-near peerless.

Check out the other posts in this series:

And if you’re interested, my similar countdowns from previous years can be accessed here: