My Album Of The Year 2015 countdown marches inexorably on and today, I bring you my choice for Number 18. I hope you agree with this choice, it’s a great album.

AudioPlastik
‘In The Head Of A Maniac’
Bad Elephant Music

AudioPlastik is the moniker given to a musical collaboration which will have fans of progressive rock or metal music very interested indeed. The trio that makes up AudioPlastik is fronted by Dec Burke, the vocalist for Darwin’s Radio and Frost* as well as being a well thought of solo artist in his own right. Dec also plays the guitar and is joined by the impressive duo of Simon Andersson (Darkwater, ex-Pain Of Salvation) and Threshold’s keyboardist Richard West. Excited? You certainly should be.

At times, collaborations of this nature fail to live up to the billing, much to everyone’s disappointment. That’s not the case here though as the final result on this debut album, the intriguingly-titled ‘In The Head Of A Maniac’, is every bit as good as you’d hope it would be. 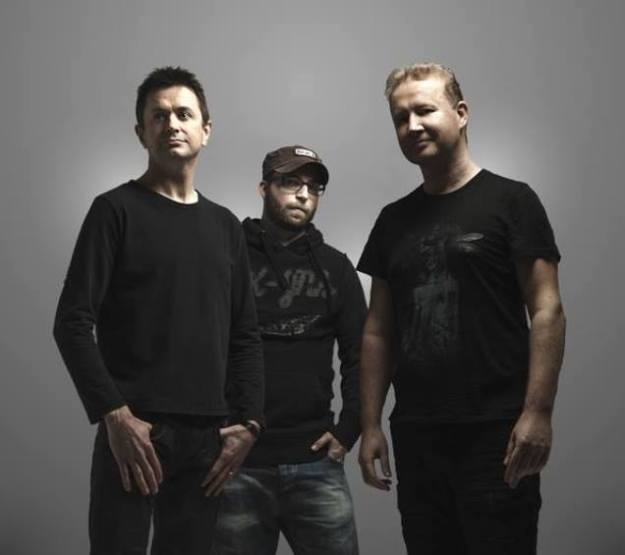 When I penned the full review (click here for that), I struggled with an adequate description of AudioPlastik’s music. As a listener, that’s to be welcomed; as a reviewer, it leaves me with a bit of a headache. Eventually, I plumped for ‘a blend of melodic progressive rock, metal and pop with rich cinematic overtones’. Several months on, I still can’t do better, except to say that it still delights me when I listen.

Unlike many other prog collaborations, the guitars and bass courtesy of Burke and Andersson carry some real weight and therefore create a heavier foundation to the music than I was perhaps expecting. The riffs and timing signatures are often challenging and not of the ‘norm’, another important plus point for this kind of music.

West’s keyboards are another massively important factor in the AudioPlastik sound; without the blend of subtle embellishments and all-out symphonic and cinematic swathes of sound that bathe the music, much of the drama and depth would be lost. The keys never overpower the compositions but they do accentuate the rest of the music expertly and deftly to create a richness that has to be heard to be fully appreciated.

Those familiar with Burke’s other works will immediately recognise the vocal delivery but that’s no bad thing. Coupled with a superb melodic sensibility within the songs themselves, there’s a tangible sense of immediacy and warmth to counterpoint the more technical and complex elements. Just about every track on the record contains a hook, melody or big chorus to grab the listener’s attention and keep them coming back for more. Even when AudioPlastik are at their busiest and most ambitious, such as with ‘Bulletproof’, there’s room for a chorus to stop you dead in your tracks.

To conclude, I feel that I can only quote my original review, as it sums things up perfectly and remains as true today as it was some eight months ago:

‘I’m completely enamoured by this album. Almost imperceptibly, it has burrowed into my head and my heart and it refuses to let go. If your tastes dictate that you enjoy music that is rich and varied, deep and thoughtful, beautiful and genuinely unique, look no further than ‘In The Mind Of A Maniac’ by AudioPlastic. You won’t be disappointed.’

And from previous years: