Inevitably, the minute I press the ‘publish’ button on my first ‘Anticipated Album Releases in 2020’ post, I stumble upon another quality batch of albums that are due to see the light of day this year. So the only right and proper thing to do is to put another post together and shine the light on them.

I’m fully prepared for this to happen again in the near future, so be on the lookout for a part 3 in the series in due course. But for now, here’s the next set of releases that I’m looking forward to over the coming twelve months…

What do you get when you join the greatest voice in music, with one of the very best pianists around? The answer is that you get Silent Skies, a collaboration between Evergrey’s Tom Englund and his Redemption colleague Vikram Shankar (Our Destiny).

I can’t put it more eloquently than the band themselves so for those unfamiliar with this project, here’s the perfect description of the music on offer:

“If you voice Scandinavian melancholy and let it run through the virtuosic fingers of an Oberlin Conservatory film score graduate, you get Silent Skies. It is the sum of two individual musical journeys that came together by coincidence; some would even call it fate.

Tom S. Englund, vocalist of Swedish band Evergrey, and Vikram Shankar’s ways crossed when Englund saw Shankar re-interpret one of his compositions on piano on YouTube. A swift email suggesting a collaboration gave birth to ideas of a musical landscape rooted in cinematic, film score music, driven by Shankar’s tender and emotive piano playing, but with the added sound of Englund’s unique and charismatic vocals and strong melodic sensibility.

The compositions are both bleak and hopeful, setting a sombre tone, and with lyrics that stem from self-reflection and existential contemplation, the atmospheric music of Silent Skies is engrossing and hypnotizing, evoking in the listener visions for the inner eye.”

As the track below demonstrates, don’t expect anything remotely metallic with Silent Skies. Instead, immerse yourself in the rather exquisite, fragile, rich and utterly beautiful sounds created by two of my favourite musicians of all time.

A new Pain Of Salvation album is always a cause for celebration, so feel free to celebrate long and hard because, if the social media activity over the past six months is to be believed, 2020 should see a new studio recording from one of the best bands of this precious and dearly loved genres we simply call ‘prog’.

It is no secret that I fell out of love with PoS a little during their ‘Scarsick’ and ‘Road Salt’ days. Not because the music wasn’t of an excellent standard, it was just that I didn’t connect with it in the way that I connected with most of their previous material. This all changed with ‘In The Passing Light of Day’, a wonderfully magic and heartbreaking, personal tour-de-force.

The great thing about PoS is that you never know quite what you’re going to get, so I’m eagerly awaiting this new release with barely-contained enthusiasm.

One of the most unsung and underrated progressive or ‘art rock’ bands out there, A.C.T. are incredibly unique and hugely talented. It took me a long, long time to get into their music but with their most recent release, ‘Circus Pandemonium’, they created a record that I simply loved right off the bat, despite its undeniable quirkiness and variety. Stylistically, there’s no telling where A.C.T. may venture on their new album. However, always expect the unexpected, all wrapped up in grandiose storytelling and incredible musicianship. A 2020 release hasn’t been 100% confirmed but all the signs are pointing in that direction, as the following picture accompanied by the words ‘New Music Day! Exciting!’ will attest.

The return of Conception was greeted with barely contained enthusiasm from many prog metal fans across the world. I was one of the enthused, mainly though because it signaled the return from the wilderness for the band and for their singer Roy Khan. I interviewed Khan in Germany a few months before his dramatic departure from Kamelot and knew something wasn’t right. As the years rolled by, you wondered whether that was the last we’d see from him. Thankfully he and his Conception buddies have returned and, if their recent EP is anything to go by, a new full-length would be extremely welcome news. Will it materialise during 2020? Let’s hope so…

Amongst a plethora of progressive rock acts, it is testament to Transatlantic that they remain one of the most important acts within the genre after so long. Mind you, given the musicians involved, would you ever expect anything less to be perfectly honest?

Mid-October saw a post from drummer extraordinaire Mike Portnoy stating: “Drum Tracking for Transatlantic #TA5 has begun here at Radiant Studios outside of Nashville!”, so it is highly likely that these professionals will deliver a new record before the end of 2020, even though it is currently way too early to bring you complete confirmation of this.

Listening to a Wolverine album can be emotionally draining. If you didn’t know better, you’d say that the Swedish progressive metal band was comprised of a number of manic depressives. But instead, the xtet are simply an incredible outfit that happen to take personal experiences and the world around them as inspiration for their deep and emotional music.

Their last two albums, ‘Communication Lost’ (2011) and ‘Machina Viva’ (2016) both had the ability to move a grown man to tears on numerous occasions and frankly, I hope that any new material has the same effect. If it didn’t, it’d not be Wolverine.

Late October saw an update stating ‘First day of vocal recordings’, alongside the photo below. If the vocals are usually one of the last pieces to the recording jigsaw, I’m confident of a mid-2020 release – what better time than the long summer evenings to listen to music that’ll make you want to bawl your eyes out?! 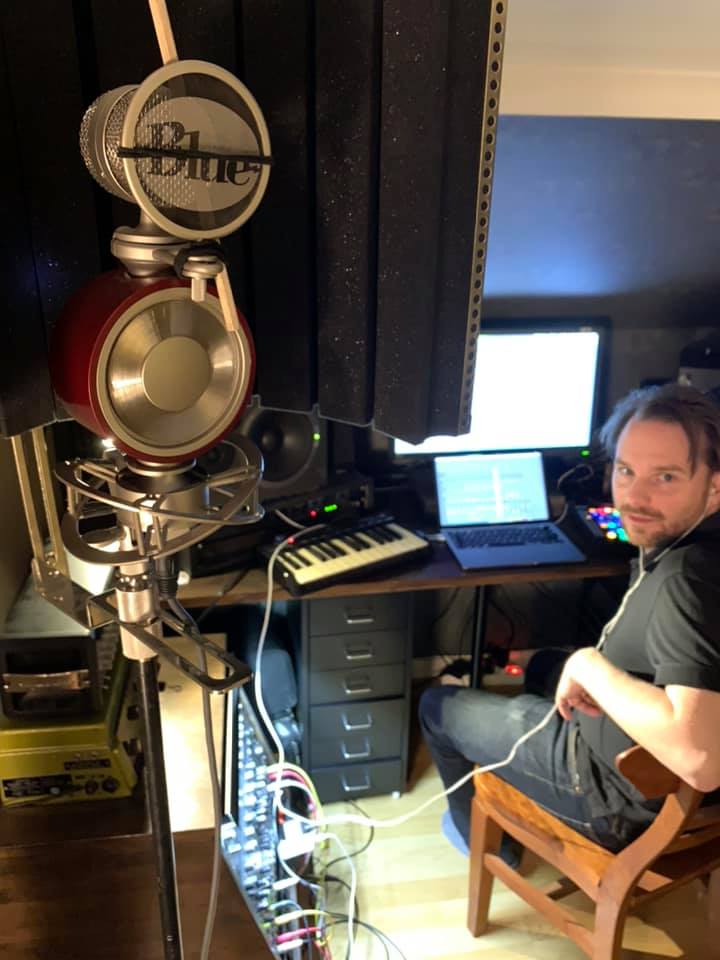 One of the surprises and highlights of 2017 came in the form of ‘Crowning Of The Fire King’ by Sweden’s Sorcerer. Not traditionally the biggest fan of doom metal, I was blown away by this record thanks to its power and the melodic intent that it showed. I concluded my 9.75/10 review with the words: “Quite simply, Sorcerer have created an incredible piece of work that it is just too good, too powerful and too damn catchy to ignore. I wish there were more bands that produced music like this, damnit.”

I still stand by this comment too, as I blast the record frequently in the ‘Mansion of Much Metal’!

And, on New Year’s Eve, the band posted a New Year message on social media thanking fans for the successes in 2019 and confirming: “In 2020 the journey continues with a brand new Sorcerer album”

Oh and the icing on the cake is that they are supporting Evergrey in Sweden in February, a gig I happen to be attending…I wonder if I’ll get to hear a new song or two?