Welcome to my latest update on some of the great new music that is due to be released in 2017. It has been a few days since the last update and, as we know, a few days can be a long time in the music world. And so it has proved with several big hitters in my world all giving us brand new information and confirmation to my delight.

It has also delivered a few surprises and I’m keen to bring these to your attention. Therefore this update is a little longer than previous instalments, although I’m sure you won’t mind when you read on. The quality is quite staggering, I’m sure you’ll agree.

As always, if you’ve missed previous updates, the full list can be found at the bottom of this post.

But for now, happy reading…

I mentioned in a previous post or two that we were due to expect a sophomore album from John Mitchell in the form of his Lonely Robot creation. Well now, it is 100% official and there is some new information to give you.

Following such a great debut as ‘Please Come Home’ is no doubt going to be a challenge but so consistent is Mitchell, not to mention talented, that I am sure his guitar playing, vocals and song writing will be well up to the task.

The new album is entitled ‘The Big Dream’ and will be released via InsideOut Music on 28 April 2017. The cover artwork accompanies this update and from this alone, it would appear that the approach of the debut is going to be closely followed. Indeed the theme of the album apparently sees the astronaut that has featured on both covers emerge from a long period in stasis.

And anyone who saw my review for the debut will know that a continuation of what went before would be a very good thing indeed.

I mentioned Solstafir in a previous update also. But, at that time, precious little was known other than a new album had been strongly hinted at. As with Lonely Robot above, we are now furnished with more details, all of which just make me even more excited for what has become a confirmed 2017 release.

The very thought is enough to give me tingles because 2014’s ‘Otta’ was in my top 3 albums of the year, a masterpiece of moody, intense and atmospheric rock/metal. And judging by the beautifully epic and atmospheric cover artwork, ‘Berdreyminn’ is quite possibly going to be no different.

‘Berdreyminn’ is due out on 26 May 2017 via Season of Mist and you can be rest assured that I will try to get hold of a promo so that I can review it and bring you my thoughts on the Blog of Much Metal at the earliest opportunity. In the meantime, here’s the track list in full to set your juices flowing. Just seeing the Icelandic language is enough for me… 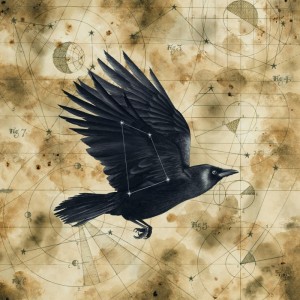 I can still hardly believe that I am updating you all on a new Big Big Train album. ‘Folklore’ was amazing, a near masterpiece of quintessentially English progressive rock that has led to them becoming my favourite current prog rock band. But ‘Folklore’ was released less than a year ago. In the intervening time, they have recorded the follow-up simply because their recent song writing endeavours have been so fruitful.

The follow-up, which happens to also be the octet’s tenth full-length release will, as I previously reported, be called ‘Grimspound’. But the artwork has now been released, which I think looks marvellous and is a step up from that of ‘Folklore’ which I like but don’t love. Big Big Train have also released the full track list which is as follows:

‘Grimspound’ has a lot to live up to, but if anyone is capable of delivering the goods, it is Big Big Train. Remarkably consistent and hideously talented, you just know that everything that they release will have quality baked right in. I really can’t wait for this one…

Damnations Day are an Australian band that a few days ago I’d never heard of. However, during one of my regular internet trawls, I came across the track below by accident and am blown away by it. It sounds so powerful, so crunchy and so melodic. It all sounds rather perfect then for a melodic heavy metal band if I’m not mistaken.

The Melbourne-based outfit released a debut in 2013 with ‘A World Awakens’ being their sophomore studio release and first for Sensory Records with whom they have recently inked a deal. Knowing the people behind Sensory as I do, they’d not sign anything less than quality, so this is a further stamp of Damnations Day’s credentials.

With a production courtesy of Teramaze’s talented guitarist Dean Wells, everything is pointing in the right direction for an exciting new band to join the ever-expanding collection of the Man of Much Metal in his ‘Mansion’ of Much Metal. I’m looking forward to seeing if I’m correct.

Still no news on a release date but according to the main man Chris Porcianko, guitar leads and solos are in the process of being recorded. Normally this is one of the last aspects of an album to be recorded, so progress must be good.

Ever the self-deprecating type, Chris recently took to social media to bring us a snippet of a solo that he has written, calling his playing ‘shitty’. Well, I’ve copied that footage below, so take a look and judge for yourself whether you agree him. For the record, I don’t. And from what I can tell from this, the new album sounds more than promising.

Here’s a band that were always on the fringes of big things but, to be honest, I thought they’d long since shuffled off this mortal coil. Labyrinth are an Italian melodic power/progressive metal band who called it quits in 2010 following major line-up instability but some seven years later, are back from the wilderness sporting a mouth-watering new and improved line-up.

They have recently announced a new album, entitled ‘Architecture Of A God’, to be released on 21st April 2017 via Frontiers Records.

The cult faithful will be delighted about news of a new album and I am certainly intrigued to hear what the new material sounds like having enjoyed their past efforts. 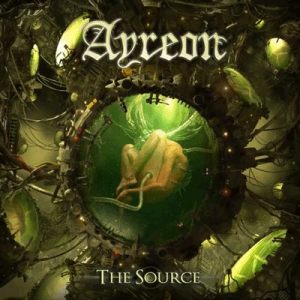 Another update, another mention of Ayreon. Well, it wouldn’t be the same without it eh? Today, I can bring you a brand new song off the new Ayreon album entitled ‘Everybody Dies’.

It has grown on me to the point where I really like it and embrace the quirkiness of it. It had a lot to do to beat the first song that Arjen Lucassen released and to be fair, this doesn’t have quite the same level of magic about it.

But what it does have is Lucassen’s unique stamp of quality all over it and the usual embarrassment of riches behind the microphone from a plethora of talented guest vocalists. As such, is another strong indication that ‘The Source’ could be a special album indeed.