Label: Inside Out Music

I’m going to start this review by being brutally honest and state that I have struggled with this album. I have been a fan of Polish progressive rock band Riverside since they released the wonderfully rich, melancholy, and melodious ‘Out Of Myself’ back in 2003. However, it hasn’t always been a smooth ride, with subsequent albums lessening my ardour somewhat thanks to an apparent reduction of the sublime melodies and atmospheres in favour of a heavier, more ‘edgy’ sound. Normally, I’m all for heavier material, but in the case of Riverside, I found myself feeling the opposite.

It wasn’t until 2013, with the release of ‘Shrine Of New Generation Slaves’, that I was pulled firmly back into the fold thanks to a return to more melodious climes. The albums that followed, as well as the way I which Riverside dealt with the untimely and tragic death of guitarist Piotr Grudzinski only served to strengthen my admiration for the band. Not only their resilience in the face of tragedy, but with the beautiful music that the band continued to create.

Fast forward to 2023, and after a five-year gap, the Poles return with their latest full-length, ‘ID.Entity’. And the reason why I am struggling with the record is because there is a much greater ‘Anno Domini High Definition’ feel to the output, where the music has more of an edge, more heaviness, and in turn, less in the way of those heart-wrenching melodies that can bring a tear to my eye almost effortlessly. That’s not to say that ‘ID.Entity’ is not melodic, because that’s simply not true. There are plenty of melodies within the compositions, but they don’t have quite the same long-lasting effect on me as it turns out.

‘ID.Entity’ also feels like an angrier record overall too, with plenty of angst being vented about a range of subjects, from social media, to politics, to the pandemic. Given the state of the world at the moment, this can be forgiven to a certain extent. But, when the anger adversely affects the music and leads to several clumsy lyrical moments, I find myself frustrated.

Take the intro to ‘Big Tech Brother’ for example, where a voice addresses the listener and pretends to ask the listener to agree to terms and conditions in order to listen to the song. I get what vocalist/bassist Mariusz Duda is trying to do, but the result is a bit cringeworthy for my taste. The song itself is a good one, once you get past the intro and the ensuing blast of brass that assaults the ears alongside a strong bass rhythm. When it settles, the composition becomes more atmospheric and more introspective, allowing the melodies to flow more freely, and with a greater resonance. It is almost as if the first half of the song allows the anger to pour out, to be replaced by a greater sense of sad resignation, albeit with sharp bursts of belligerence at points.

Another example of where the band get it wrong in my opinion, is in the first half of the thirteen-minute ‘The Place Where I Belong’ which is littered with lyrics that just don’t work for me. Surrounded by a 70s prog rock feel with strong key sounds, it is married with Duda venting about being lied to and sounding angry. But the anger feels clumsy and forced, like the song is trying to be edgy when it isn’t, and the words don’t have the necessary effect. However, on or around the halfway mark, the composition changes, and it changes for the better, massively. Enter the whispered vocal delivery that I greatly favour, accompanied by gentle acoustic guitars courtesy of Maciej Meller, sparing piano notes from keyboardist Michael Łapaj, and engaging melodies that demonstrate the subtle beauty that Riverside excel at. It’s more introspective, more beautiful, more elegant, and as far as I’m concerned, more powerful and resonant as a result.

The album starts well, too, thanks to ‘Friend Or Foe?’. The striking synth-led intro is instantly engaging, as is the heavier-than-usual guitar riff that ensues and driving drum/bass beat from Duda and Piotr Kozieradzki, that replaces the early explosion of sound. The strong 80s synth-led overtones are a joy, as is the central melody, whilst the heavier chorus grows into something truly memorable, offering a marked juxtaposition to the verses in between.

I have also grown fond of the closing composition, ‘Self-Aware’. It has the odd strange lyric lurking within it, but there is no denying the quality of the music across its near nine-minute length. Driven along by a pulsating and prominent bass, it offers strong riffs, a cheeky foray into something not a million miles from ska and a closing sequence that’s full of atmosphere, subtle melody, and which possesses a hypnotic quality from which it is difficult to disentangle yourself.

Unfortunately, I can take or leave the remainder of the record, as it’s decent but unremarkable bearing in mind my personal taste. I’m sure there will be plenty of dissenters, but the one thing you get at manofmuchmetal.net is honesty and I won’t change on that front. I could go into the whys and wherefores, but the bottom line is that I find the material about which I have yet to comment rather bland I’m afraid.

Put all of this commentary together and the conclusion is disappointing, sadly. I commend the band for mixing things up a little from the path trodden on more recent albums, but the result isn’t anywhere near as much to my liking as other records in their discography. When the music is hot, it’s very hot, but when it’s not, it leaves me cold and just a little disinterested. Harsh, but honest. 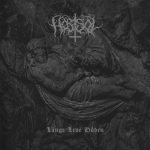 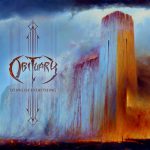 Obituary – Dying Of Everything – Album Review 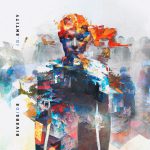 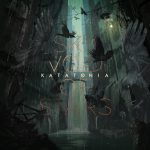