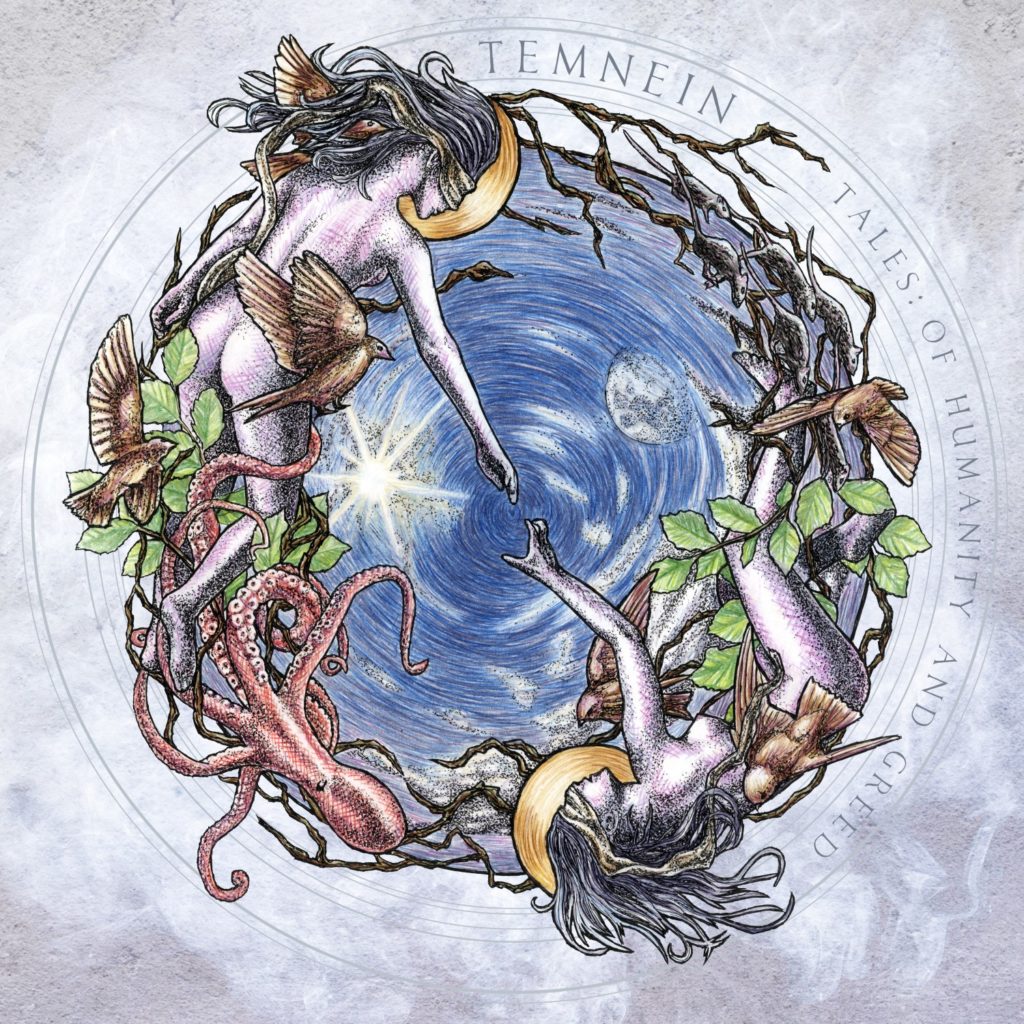 Occasionally, I need a good reminder that there are some excellent bands plundering the underground metal scene without perhaps the credit or attention that they or their music deserve. I started this website with the intention of shining the spotlight on these bands whenever the opportunity arose and today is one of those days. On my radar is the French melodic death metal band Temnein, with their third full-length studio album entitled ‘Tales: Of Humanity And Greed’. Although self-released, it will be assisted by a worldwide digital distribution by Blood Blast, a new venture between Nuclear Blast and Believe Music.

First off, I’m a sucker for a spot of properly well-done melodic death metal, so taking a listen to this record when it fell into my inbox was a fairly sure thing. What wasn’t so sure was whether I’d like it, especially given the vast array of bands that pigeonhole themselves into this genre without sometimes sounding even remotely melodeath in any shape or form. As it turns out, the tag is apt and there’s a lot to enjoy about this Gallic quintet, comprised of guitarists Florian Frandidier and Morgan Rappe, bassist Julien De Giorgio, drummer Valentin Treuillier, and vocalist Jocelyn Fidry. It is certainly good enough for a review at manofmuchmetal.com, that’s for sure.

It’s worth being completely honest and declaring at this juncture that there isn’t a massive amount on ‘Tales: Of Humanity And Greed’ that’s particularly new or ground-breaking. But that doesn’t mean that it is without merit, because I am really impressed by the offering by Temnein here. This is really nicely executed melodic death metal, where importantly for this subgenre, the music displays both extremity and catchiness in relatively equal measure.

I detect an overt Scandinavian influence too, a blend of the Swedish approach, with that of Finland. Indeed, I’m not sure who is responsible for the additional keys that appear within many of the tracks, but they are vaguely reminiscent of the likes of Omnium Gatherum, albeit not as pronounced. Neither does the music of Temnein veer into the more AOR leanings of the Finns, but the melodies along with the fact that Fidry steers clear of clean vocals, only delivering growls, mean that there’s the occasional similarity.

The thing I like most about the music on ‘Tales: Of Humanity And Greed’, is the way that I instantly connect with many of the melodies that frequent the individual tracks. But also, it is commendable the way in which the heaviness and the memorability are intertwined, without either losing their potency. This music is, in the main, heavy; but it is also accessible. And right now, as I plunder a million promos a day it seems, the accessibility was a driving factor, along with the slightly ‘out-of-the-box’ artwork that caught my eye. 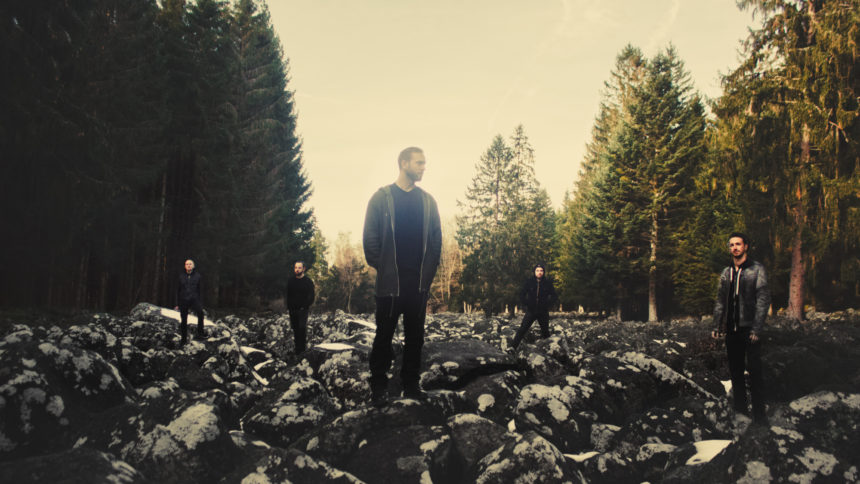 The opening intro of sorts, ‘The Storyteller’ demonstrates both the melodic sensibilities of Temnein, and their metal credentials. After a mellifluous, dramatic, synth-bathed beginning, wonferfully weighty guitar riffs enter the fray, followed closely by the gruff vocals. With lyrics that incorporate ‘Welcome children, I am the storyteller. Everything you’re about to hear are lessons from the past…’, there is a hint of silliness as well, although maybe I’m being a little disingenuous, as it could be completely serious from the band’s point of view. Mind you, with a video inspired by Dr. Who, for the song ‘Rise Of The Sontarans’ I suspect Temnein don’t take themselves completely seriously.

A mid-era In Flames-esque riff emanates from the speakers at the start of ‘The Blind And The Greedy’, although the expansive chorus expunges any further similarities to the Swedes. And the song stands on its own merits being a

One of my personal favourites is entitled ‘The Knotted Bag’, which is a darker, moodier composition, blessed with some powerful riffs and a lead guitar line within the chorus that becomes more infectious with each passing listen. The synths are dialled up to eleven here too, adding another potent layer of atmosphere, thus intensifying the overall broodiness of the song as well as increasing a sense of ‘epic-ness’, if you’ll forgive the self-manufactured word.

I’m also a fan of ‘I Am Davy Jones’ with its Omnium Gatherum style chilled and melodic intro, followed by a composition that serves up variety in terms of pace as well as a huge, near-anthemic chorus that cannot be ignored. There’s even something of a curveball reserved for the final act, in that ‘Scums Of Hamelin’ pulls out a few ‘progressive’ influences as it takes a journey across ten minutes, from calm and serene soundscapes, to muscular aural attacks, and from melodic and inviting, to spiky and inhospitable. Ironically, it isn’t their best work because I believe Temnein are at their best when writing shorter, more succinct pieces with strong identities. But a doff of the cap is made in their direction for the intent behind the song and for some of the ideas woven within it.

Overall, I am sufficiently impressed with ‘Tales: Of Humanity And Greed’ to the point where I’d recommend it to more than just diehard melodic death metal fans. There is something within this record that hints of more to come, I’m certain of it. For now though, I just hope that Temnein start to gain a little traction so that they can bring their music to a wider audience – this record deserves that at the very least.