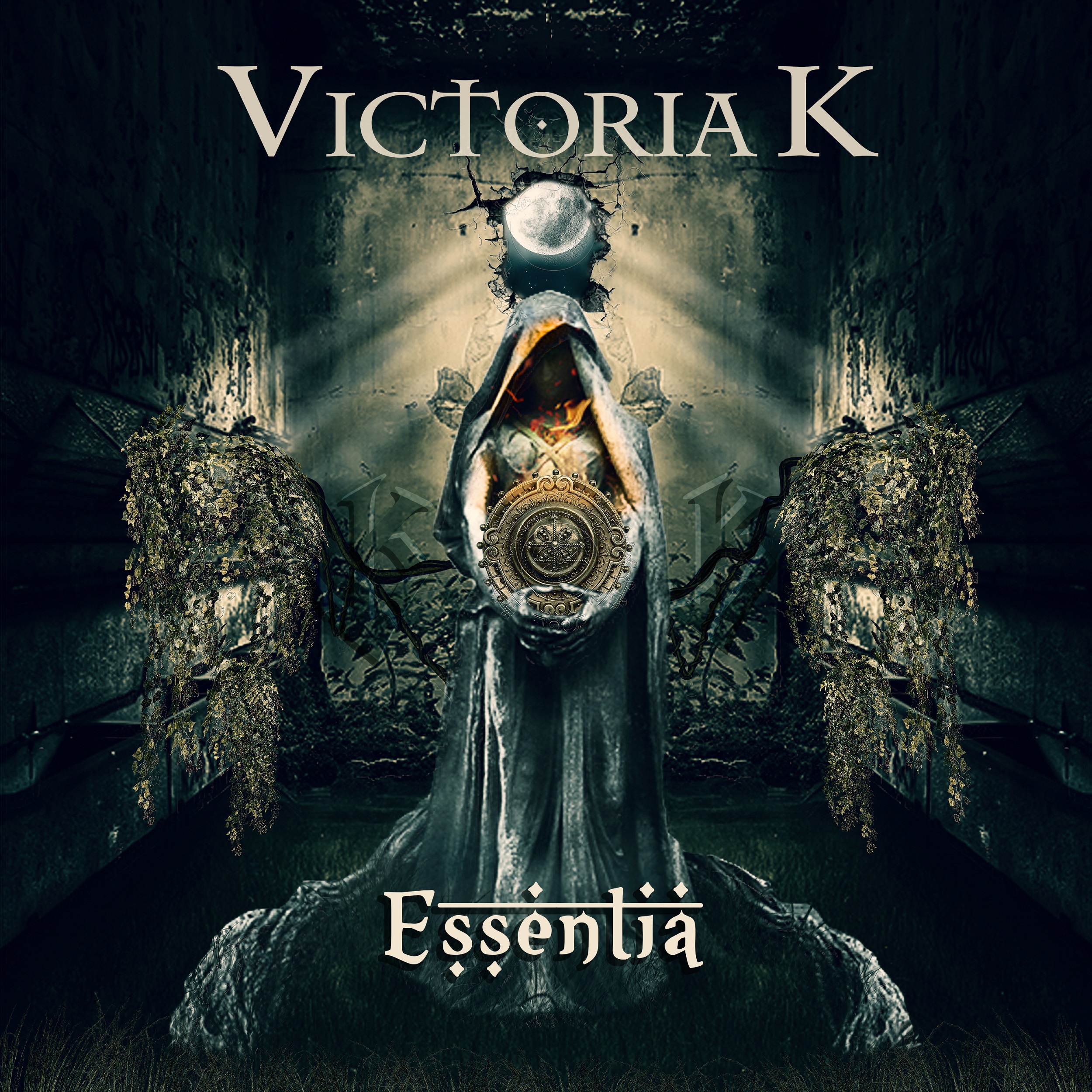 A debut album from an artist that is recommended for fans of Kamelot, Eluveite, Lacuna Coil and Nightwish? Oh go on then, but only because we’re all on lockdown, ok? I’d not normally entertain such an idea, you understand, but desperate times call for desperate measures…

Yes, of course I’m kidding, as I’ve always been a fan of Lacuna Coil and Kamelot in particular, although in both instances, I tend to prefer their earlier material over their latter output. Nevertheless, with these names dropped, I’d be foolish not to check out this record. And the record in question is the debut album from Melbourne-based singer/songwriter Victoria K, entitled ‘Essentia’. It was an endeavour that began life as a solo album but over time, it has grown organically into more of a band. As such, whilst Victoria K is clearly the focal point, a mention has to go to her bandmates, namely extreme vocalist Sheri Vengeance (Black Like Vengeance, ex. Ne Obliviscaris), guitarist Julia Mammone (Enlight), bassist Martin Kawaler (Black Like Vengeance, ex. Ten Thousand), and drummer James Davies.

Victoria K’s stock has risen over the past few years thanks to her presence on social media, principally YouTube, where she has recorded covers of many well-known metal songs including tracks from Iron Maiden, Kamelot, Nightwish and Metallica. But ‘Essentia’ is her first foray into original material, spurred on by the apparent success of ‘Lacuna’, a single released in Australia and New Zealand in 2019. That song now finds its way onto ‘Essentia’.

Enough of the history and context-setting, let’s get down to business and discuss the music on ‘Essentia’.

On that score, I must admit that the album gets off to a bit of a sluggish start and it’s as though, metaphorically-speaking, Victoria and her comrades require a couple of tracks to gently and tentatively feel their way into the record. That’s not to say that ‘Freedom Unchartered’ is a bad song, it just feels a little slow as an opening track and lacks the ‘wow’ factor. Nevertheless, it’s a slow-burning grower that feels smooth, despite the heavy guitars and the gruff vocals from Sheri Vengeance. The smoothness is aided by layers of Gothic-esque keys and the silky voice of Victoria herself, who has an undeniably striking and beautiful voice. During the last minute of the song, things pick up, as choral vocals are added and there’s a discernible ramping-up of tension and drama.

‘Surreal’ continues in a similar vein so it is with ‘Forsaken’ that the best of this band starts to really emerge. The melodies are much stronger as far as I am concerned, whilst the tempo and the drama from the synths is increased slightly, making it a much more immediate hit. I’m also a fan of the drumming from James Davis, as he sprinkles blastbeats into the composition with style and panache.

Other favourites include the Kamelot-inspired ‘Matrix’ with it’s up-tempo, powerful drive at the outset and more strong melodic sensibilities that come alive within the chorus. The guitar work of Julia Mammone, both in terms of her rhythm and lead work, really catches my ear, whilst there’s an extended section where Sheri is allowed to deploy her caustic growl up front and centre.

‘Shroud of Solitude’ features the talents of guest Michalina Malisz (Eluveite) and it’s a delightful track. It is much more ballad-like in structure and delivery, starting off quietly in a classical, symphonic direction that dominates the entire song in a positive manner. But the choruses introduce the more metallic trappings, albeit with a wistful, waltz-like feel that I really enjoy because the melodies are so strong.

By this point, Victoria K and co. really hit their stride and it’s like the confidence starts to ooze through the band. ‘Haunting’ is another powerful statement of intent. Once again, it is laced with symphonics but the guitars, bass and drums are never overawed and there’s enough crunch to accent the dramatic nature of the composition. ‘Freaks’ is less than three minutes long but it might just be my favourite track thanks to the guitar work and the melodies that emerge; there’s an addictive quality to it that I just lap up and every time I hear it, I think the same thing: ‘this is goooood!’.

Pushing ‘Freaks’ all the way is the aforementioned ‘Lacuna’ that closes out ‘Essentia’ in excellent fashion. More big riffs, more rich cinematic synths, more drama, and more big melodies within a powerful chorus all come together to justify why this song got such a positive reaction when it was released on the other side of the world last year.

Overall, ‘Essentia’ is definitely a success. It starts slowly and could do with a bit more oomph in places, but it sounds great and has plenty of great moments to enjoy. It takes a lot for me to be impressed by this kind of symphonic, Goth-tinged metal with female vocalists because the scene has become saturated with second-rate acts over the past few years. But I definitely think that Victoria K has done more than enough here to justify her presence. And with more touring (after this pandemic goes away of course) and more experience under their collective belts, I am confident that album number two from Victoria K will be even stronger. I look forward to hearing it.