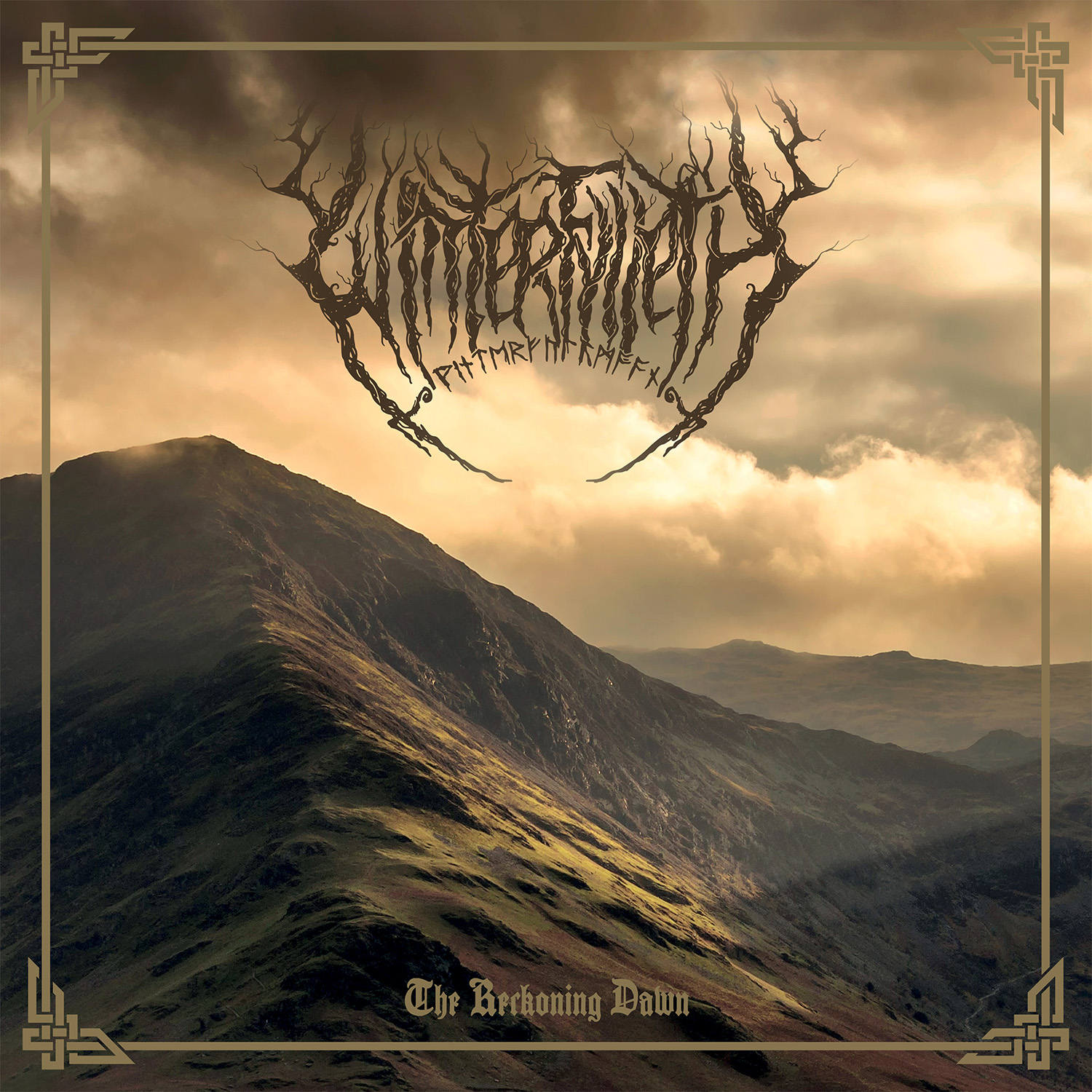 I’m not overly familiar with Winterfylleth but as I listen to ‘The Reckoning Dawn’, I’m beginning to seriously wonder why. It might be because last time I checked out this UK-based black metal band, it was their ‘experimental’ album and it didn’t quite click with me at the time. I say experimental, but what I really mean is that ‘The Hallowing Of Heirdom’ was an exploration of their quieter, more serene acoustic side. Hardly ‘out there’ or experimental really, just different. It was good, but not at all what I was expecting and so I didn’t really explore any further at the time. Big mistake.

Winterfylleth have been in existence since 2006 and the Manchester-based extreme metal band have released six albums up until this point, with ‘The Reckoning Dawn’ being their seventh. Based on its content, I wish I’d taken a little longer to explore the back catalogue too, because their brand of black metal is right up my street. It’s the kind that is inspired by the natural world, and being from Lancashire, that means that the natural world that Winterfylleth explore, outside the larger conurbations is often rugged and unforgiving, yet beautiful. In a nutshell, that’s the perfect way to describe the music on album number seven, ‘The Reckoning Dawn’, for it too, is rugged and unforgiving, but also very beautiful in places.

There are a number of extreme metal bands out there that are inspired by nature rather than the more normal occult or Satanic references that tend to influence black metal. The likes of Agalloch, Drudkh and compatriots Fen spring to mind, all of which I really like. And now I can add Winterfylleth to the list as ‘The Reckoning Dawn’ has really captured my imagination, as well as offering something a little different to the rest.

The thing I like about what I hear is that Winterfylleth are properly extreme, so when they come out all guns blazing, they thoroughly deserve the black metal tag. Take the opening track as the perfect example of this. It would have been easy for the quintet to ease listeners in gently via an acoustic intro or some such but instead, they waste no time in delivering a full-on attack of fast and aggressive black metal. It’s like the guys wanted to distance themselves a little from their past release and underline their extreme credentials. Aside from some clean chanted vocals and a brief, slower, more atmospheric section at the mid-way point, it’s blastbeats from drummer Simon Lucas, ably assisted by bassist Nick Wallwork, cold and razor-sharp staccato riffing from guitarists Christopher Naughton and Dan Capp, and unforgiving, snarling, higher-pitched growls courtesy of Mark Deeks. Lead guitar lines do add some melody as the song progresses, but these only accent the barrage of spiky black metal that sits at the core of the song.

‘A Hostile Fate (The Wayfarer Pt.4)’ continues with the aggression, albeit slightly more tempered to allow more in the way of atmosphere to seep into the composition. It feels more expansive and it conveys the harshness of the landscape expertly. More lead guitar lines are introduced, but sparingly, and the introduction of more choral-style vocals courtesy of all members of the band aside from drummer Simon Lucas at the end give it a folk edge that I really like. 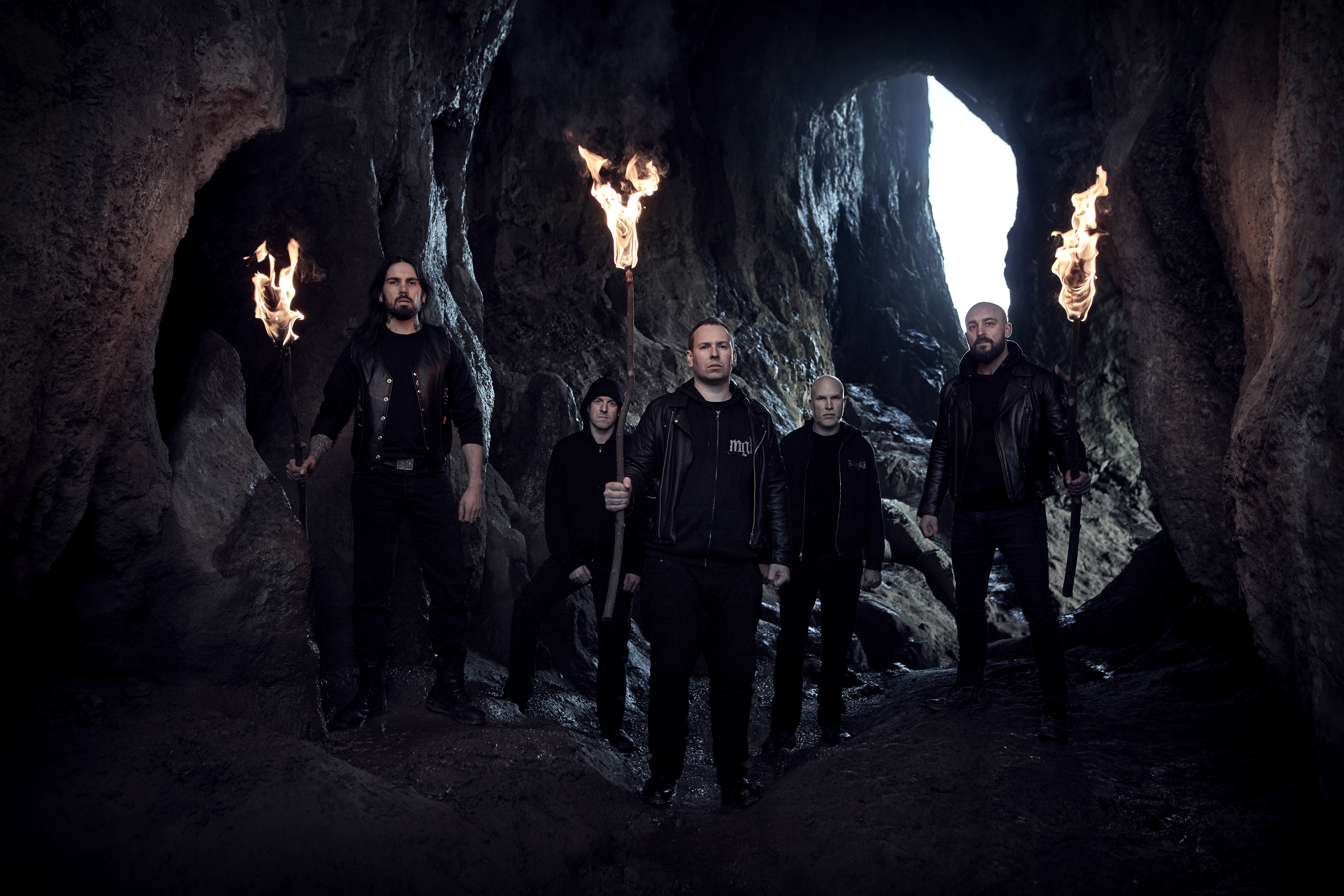 It isn’t until ‘Absolved In Fire’ that we are treated to some of the lush acoustic music that so typified the previous record. A violin and acoustic guitar deliver a solemn introduction that conveys sadness and isolation with incredible eloquence. What follows is a battery of fast-paced, blastbeat-heavy black metal, which then turns into more of a gallop, accented by more icy, harsh riffing. As the song develops, more chunky, chugging riffing enters the fray and the song feels like it is suddenly building towards something. My intuition is correct, as it eventually opens up into something altogether more melodic, whilst retaining the abrasive core.

My favourite song on the album has to be the title track. I adore the way in which the song is a tale of two halves, where the first half is full-on black metal attack full of savage intent, whilst the second half delivers something epic, grandiose and incredibly beautiful. I never like using the word ‘epic’, but it’s fitting here. The way that the lead guitar melodies and harmonies soar over layers of atmospheric keys, whilst the rhythm section lays down a simple, uncluttered beat is utterly beguiling and mesmerising. It’s like the inhospitable terrain is suddenly bathed in shafts of sunlight, giving the vista below an entirely different appearance. I love it.

The word ‘elegance’ is another that I would tend to rarely use for a black metal release, but there is a genuine elegance about ‘A Greatness Undone’, from the sweeping grandeur of the melodies that accompany the heavier sections, to the quieter, bass-and-guitar led introspective passage that grows gently only to erupt with power and intent once again, despite being shrouded in an ominous darkness to accompany a glorious reprise of those opening guitar melodies and a rousing crescendo of sorts at the death.

I realise that I’ve mentioned just about every song, but it isn’t by accident as every song offers some magic that’s worth highlighting. ‘Betwixt Two Crowns’ may only be 92 seconds in length but it is a sumptuous acoustic interlude. ‘Yielding The March Law’ starts off with a muscular and rousing intro complete with one of the most immediate melodies on the album. And yet, given the speed and savagery on offer, it also feels like one of the most malevolent too, meaning that it delivers an intriguing juxtaposition that really speaks to me.

Then, finally, we have ‘In Darkness Begotten’ which shows no let-up in the intensity and quality of Winterfylleth. That is, until around the six-minute-mark, when the black metal tumult is replaced for a slower, acoustic-embellished section, complete with more clean choral vocals that quickly unravels and becomes more minimalist. In the end, the album is led to its conclusion via an incredibly solemn and poignant melody created by synths and string sounds. The desolation and misery contained within the final three minutes is stark and extremely powerful, a fitting end to the record.

I liked ‘The Reckoning Dawn’ from the first spin but, with time, my affection for it has grown massively. It contains just about everything I like from extreme metal and it brings all these elements together in a sophisticated and professional manner so that each aspect of the music works together to create something greater than the sum of its parts. In short, ‘The Reckoning Dawn’ is a fantastic album and leads me on yet another adventure of back catalogue discovery. If you like quality black metal, then why are you still reading my review and not pre-ordering this?