Into Eternity – The Sirens – Album Review 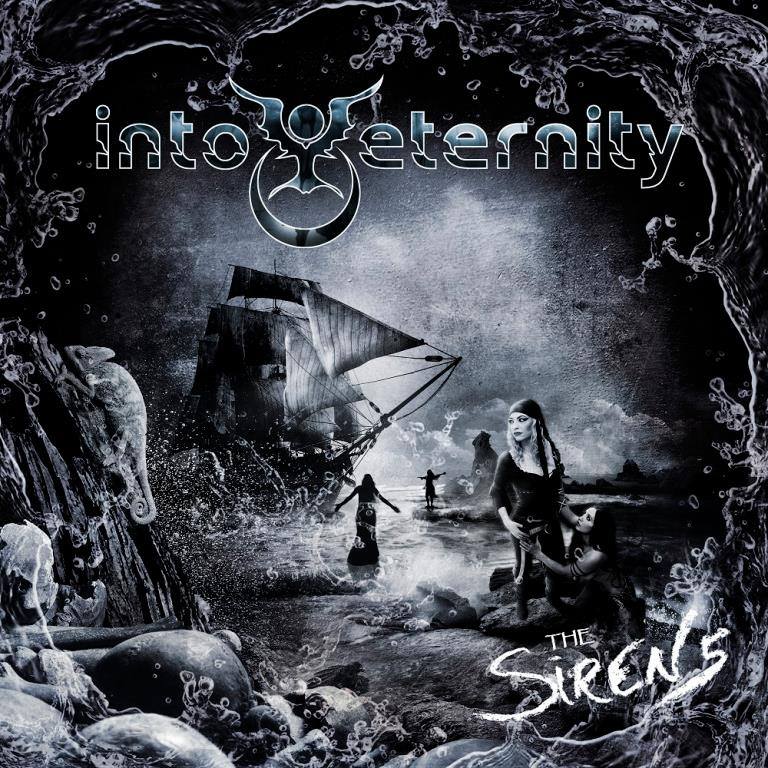 Well now, here’s a review that I was beginning to think I’d never be able to write; after a decade of inactivity in the studio, personnel comings and goings and a commitment to the live arena, I began to lose hope of ever hearing another body of original material from Into Eternity. The Regina, Saskatchewan-based Canadians last released an album in 2008, in the form of ‘The Incurable Tragedy’, an album that went a little under the radar but which still demonstrated what a rosy future was ahead of the band.

But then things went quiet. And then, in 2013, vocalist Stu Block was headhunted by Jon Schaffer to join the heavy metal juggernaut known as Iced Earth. As a fan of Iced Earth, I was delighted by this move. As a fan of Into Eternity, I was devastated because Block played a huge part in making 2006’s ‘The Scattering of Ashes’ and the aforementioned ‘The Incurable Tragedy’ so interesting and enjoyable. I feared this might signal the end of Into Eternity.

However, I soon remembered how great my personal favourite Into Eternity album, ‘Buried In Oblivion’ was without Block, so I kept the faith. Plus the band had ‘suffered’ line-up changes all through the noughties and beyond whilst keeping the core threads of the band’s sound intact and the quality at a high level.

The most important factor in this has to be the unerring presence of the only remaining original member, Tim Roth. The guitarist, principal songwriter and vocalist was one of the founding fathers of Into Eternity and his blueprint has always loomed large within the band. As such, you know that you will always hear a brand of metal that is difficult to pin down, but can be called anything from progressive death metal, right through to a power/thrash/death hybrid. However you describe it, the music always features heavy, scything riffs, powerful uncompromising rhythms, exuberant lead guitar embellishments, often neoclassical in delivery, soaring melodies and a range of vocal approaches, from clean and soaring, to gruff growls and higher-pitched shrieks.

The upshot was that when Into Eternity announced the arrival of vocalist Amanda Kiernan in 2013, after a stint as a live touring member and guitarist Matt Cuthbertson a year later, I knew that Roth alongside bassist Troy Bleich and relatively new drummer Bryan Newbury would remain steadfast. Finally, after a decade, the patience of Into Eternity fans has been rewarded and we’re now greeted with album number six, ‘The Sirens’.

And, you guessed it: the music contained within the eight tracks on ‘The Sirens’, is almost instantly recognisable. Time certainly has not dimmed the enthusiasm of these frozen Canadians either, that’s for sure, as the album contains plenty of aggression, energy and a verve that is somewhat infectious. For the sake of variety, it’s not all-out attack at all times but there is plenty of material that rips along with pace, power, precision and exuberance.

To make this point, the opening title track takes its time to settle in, by regaling us with a near two-minute-long piano introduction, accented by gentle synths which grow a little in intensity before, all hell breaks loose, led by the signature lead work of Roth. Pulled along by some frantic drumming from Bryan Newbury that veers into blastbeat territory now and again, it is bright and alert with a neoclassical feel, dancing around your ears playfully. The mix, which is pretty clear actually, allows for the bass of Troy Bleich to be heard too, adding a deep-throated rumble to the rhythm section. If anyone was worried that the shoes of Stu Block might be too large to fill are all but expunged at the 2:45 mark when the wail of Amanda Kiernan joins the fray. Her growls are in the higher register but are savage and, when joined by some deeper grunts, they are wonderfully impactful. The clean vocals remain an important aspect of the Into Eternity sound and they make an appearance within the track to add a touch of melody. The riffs at this part are really infectious, growing on me massively with each listen. And then, as the track enters its last phase, in march the lead solos, which sit atop some nicely epic-sounding melody.

Again, ‘Fringes Of Psychosis’ begins quietly and tentatively but this time driven by some rich acoustic guitars overlaid by more lead work, albeit held back in the mix a little so as to avoid dominating. Kiernan’s performance is more retrained, flitting between clean and a gritty semi-growl, scowling if you will. For my money, the melodies within this track are some of the best and most immediate on the record, but that’s not to say that the band lose any of their aggression in the process, as the riffs cut deep, the rhythm section pummels with pace and the various vocal approaches are deployed to good effect. For the guitar-lovers amongst you, there are plenty of six-string histrionics to be heard, as well as a surprising quieter, more contemplative section to offer a breather to the fast-paced extremity elsewhere.

Long-term fans of the band might point to the shorter, pithier ‘Sandstorm’ as having the closest immediate resemblance to the music heard on ‘Buried In Oblivion’; it is catchy, thunderous and delivers its fair share of great riffs along the way to a brisk sub-four-minute conclusion.

If I’m being totally honest, I think I’d have preferred the bulk of the album to follow this blueprint. Not because the song most closely reminds me of my favourite record, but because elsewhere, five of the eight songs are seven minutes in length or more. I therefore feel that a little more trimming could have been done here and there to give some of the material a shorter, sharper impact. As it is, the mid-to-latter stages of the album dip just a touch in quality. An example is ‘Nowhere Near’. It is a good song, but it meanders for far too long, however nicely Kiernan sings or how beautifully Roth plucks the strings.

Small quibble aside, this is certainly no slouch of an album. To illustrate the point, ‘Devoured by Sarcopenia’ is another great composition that blasts out of the speakers immediately and doesn’t let up from there, blending death metal, thrash and neoclassical power metal together like some mad but brilliant alchemist.

When all is said and done, I’m just delighted to be given the opportunity to hear some new material from a band that have been AWOL for far too long, especially for those of us on the wring side of the Atlantic. Ultimately, ‘The Sirens’ is not the perfect return, but it is nevertheless a success and should be greeted with open arms by their faithful followers. And if you are yet to experience Into Eternity, this would be as good an opportunity as any, so give it a go.

If you’ve enjoyed this review, you can check out my others from 2018 and from previous years right here: